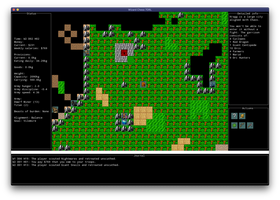 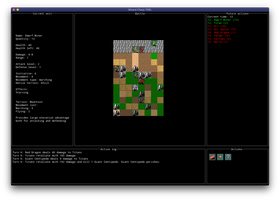 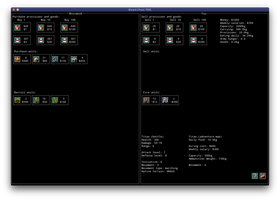 I'm proud to release this 7DRL challenge entry named "Wizard Chess". It took a full week of focused work, and while certain things could be polished further, and balancing is most likely off, it is a complete playable product (or so I hope).

The core idea was to replicate certain aspects of the old Heroes of Might and Magic games (further lovingly referred to as simply "Heroes"), but shift the focus onto resource management, supply lines, and battle positioning. I spent a lot of time trying to understand how Heroes corresponds to real-life (after you trim the fantasy elements) war and battle, and while there were a lot of things that made sense, some stuff just doesn't feel right:

And so I set out to create a game that addresses the above issues, but also kept the scope to something reasonable, given that it's a one-week project. (To be fair, I spent a lot of time prior to challenge figuring out the mechanics I wanted to include.) The final vision was the following:

Whoa, I sure wrote a lot. Thank you if you got this far. Would love to hear your thoughts.

"Heroes of resource management and positioning"